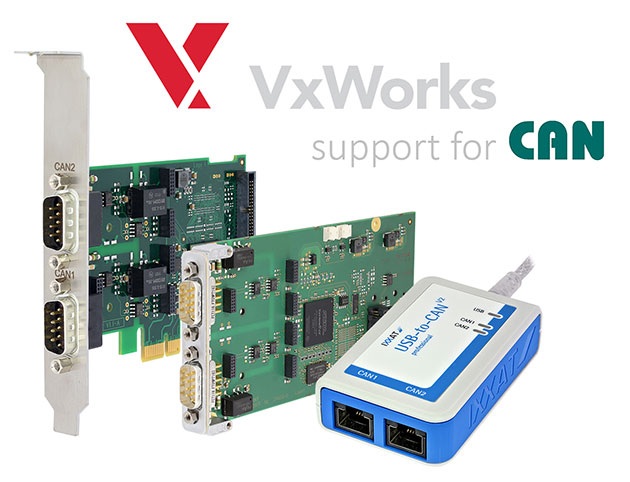 IXXAT PC interfaces are available for all common PC interface standards – from PCIe and PCIe Mini to USB and Ethernet. Depending on the PC/CAN interface version, up to four CAN channels and a galvanic isolation of the CAN bus interface is offered.
In addition to VxWorks HMS supports its IXXAT CAN interfaces with ECI driver versions for the real time operating systems RTX, INtime and QNX as well as for Linux and Windows (VCI driver).