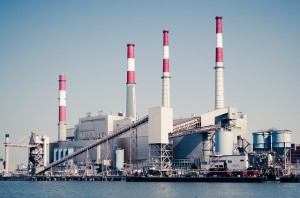 By Reuters: Egypt is planning to build solar and wind power plants in the next three years with a combined capacity of 4,300 MW, said a report.  Egypt's economy is showing signs of picking up after being damaged by political turmoil in recent years, with difficulties accessing hard currency and energy shortages among other problems, and has begun economic reforms under President Abdel Fattah Al Sisi.

The government hopes an investment conference later this month will attract billions of dollars of foreign money to help develop the economy.  Egyptian investment bank EFG Hermes said it was studying investments in renewable energy and hopes to start a leasing business in its home country within months as it looks to take advantage of improving economic sentiment.

"We hope to launch a leasing business during the first half of 2015, subject to regulatory approvals, as the opening move in a number of new expansion projects for the bank, which could lead to extending its business into sub-Saharan Africa in time," remarked chief executive Karim Awad.

"We want to expand (our private equity) business and we're looking very actively into Egypt today and the renewable sector," Awad told Reuters on the sidelines of a media event hosted by the bank. EFG, he stated, was expecting to play a key role in both attracting cash and putting its own money to work.

The Egyptian bank also wants to expand its operations, which include brokerage, asset management and advisory services, in the Gulf region and consolidate its leading position in its home market.  This includes listing companies on the Egyptian bourse, where it is currently advising Orascom Construction on its spin-off and dual-listing in Egypt and Dubai (UAE) and Emaar Misr, the Egyptian arm of Dubai developer Emaar Properties.

"It's an extremely positive sign," said Awad of the new listings. He declined to say how many deals the bank was working on but indicated all were in interesting sectors including food and beverages.

The PP13 and PP14 plants will each have a combined net electric output of 1,980 MW. Power blocks 1 and 2 of the PP13 plant are scheduled to begin operating in May and October of 2016, respectively, while the two power blocks at PP14 are scheduled to start in November 2016 and April 2017.

Yokogawa Saudi Arabia will deliver the CENTUM® VP integrated production DCS for the monitoring, control, and operation of these plants' gas turbines, heat recovery boilers (HRSGs), steam turbines, and electric systems (IEC 61850*2) as well as a plant operator training simulator (OTS). The company will carry out all DCS engineering work and provide support for installation, commissioning, and training for operators. Delivery of these solutions is scheduled for the first half of 2016.

In 2012 Yokogawa Saudi Arabia also received an order for the Riyadh PP12 project, and will soon deliver a complete DCS and OTS solution for this 2,175 MW power plant. It is expected that this order and the two orders announced today will enhance Yokogawa's presence in Saudi Arabia.

After the completion of PP13 and PP14, Yokogawa DCS systems will be used to monitor and control operations at SEC power plants having a combined capacity of more than 10 GW.

Yokogawa believes that it was able to win these two orders thanks to:

As the result of flourishing economic and population growth, the demand for electricity has been increasing in Saudi Arabia and other Middle Eastern markets. The electric power market is expected to continue to expand throughout this region. Yokogawa aims to use this success in winning these orders to expand its power plant control business throughout the Middle East.

The scope of work covers the overall management of the EPC phases under execution in United Arab Emirates, Singapore and South Korea. Technip PMC will execute the project, which is scheduled to be completed in 2019.

Vaseem Khan, President of Technip in the Middle East, commented: “This contract is a significant achievement and it reflects ADMA-OPCO’s trust in our capabilities in delivering key projects for them. Our association with the Nasr Full Field Development continues from the FEED(1) phase where Technip was the PMC contractor. This new award continues to reinforce Technip’s positioning on PMC activities, leveraging its long-lasting experience in executing complex projects”.

Riccardo Moizo, Senior Vice President of Technip PMC, stated: “We are very proud to have been awarded this contract and we are looking forward to assisting ADMA-OPCO in the development of this complex project. This award consolidates Technip’s position as one of the top-tier Project Management Consultancy companies worldwide.”

State-run Abu Dhabi National Oil Company (ADNOC) has signed a technical agreement with US-based Occidental Petroleum to develop the al-Hail and Ghasha oilfields. "Under the terms of the new agreement, ADNOC and Oxy will cooperate in carrying out a number of activities that reach up to $500 million in investment," ADNOC said in a statement.

According to the plan, the necessary evaluation studies and the desired goals of the developmental project is expected to be realised by 2017. Saoud Mubarak AlMehairbi, manager, Exploration Division at ADNOC, said: "Under this agreement Oxy will provide manpower support in form of secondees to ADNOC for short, mid and long terms to be agreed between the parties for the development of ADNOC human capabilities and will organise a number of training courses to provide human resources development opportunities to ADNOC staff focusing on selected areas such as geology and technical areas."

MatrikonOPC celebrated the success of its key distributors and system integrators in EMEA at the 2014 Honeywell Users Group EMEA Conference held in The Hague, Netherlands. The awards recognize customer service, innovation and excellence among companies supplying and integrating Matrikon solutions in EMEA.

AVTEP, headquartered in Moscow, Russia, received the award for System Integrator of the Year 2014 – Matrikon OPC EMEA. AVTEP, as the longest-standing system integrator (SI) partner in EMEA, showed the highest year-over-year sales growth and sells and installs the widest range of products of all SI partners in EMEA.

"I am very pleased to see IT Industrial Solutions AS receive the MatrikonOPC EMEA Distributor of the year award and for AVTEP to receive our EMEA System Integrator of the year award.” said Jeff Gould, general manager of MatrikonOPC. “Both IT Industrial Solutions AS and AVTEP exemplify the power of MatrikonOPC’s channel network in EMEA. With their high degree of competence in OPC technology and our products, they consistently provide the right guidance, implementation expertise, and continued support for our customers."